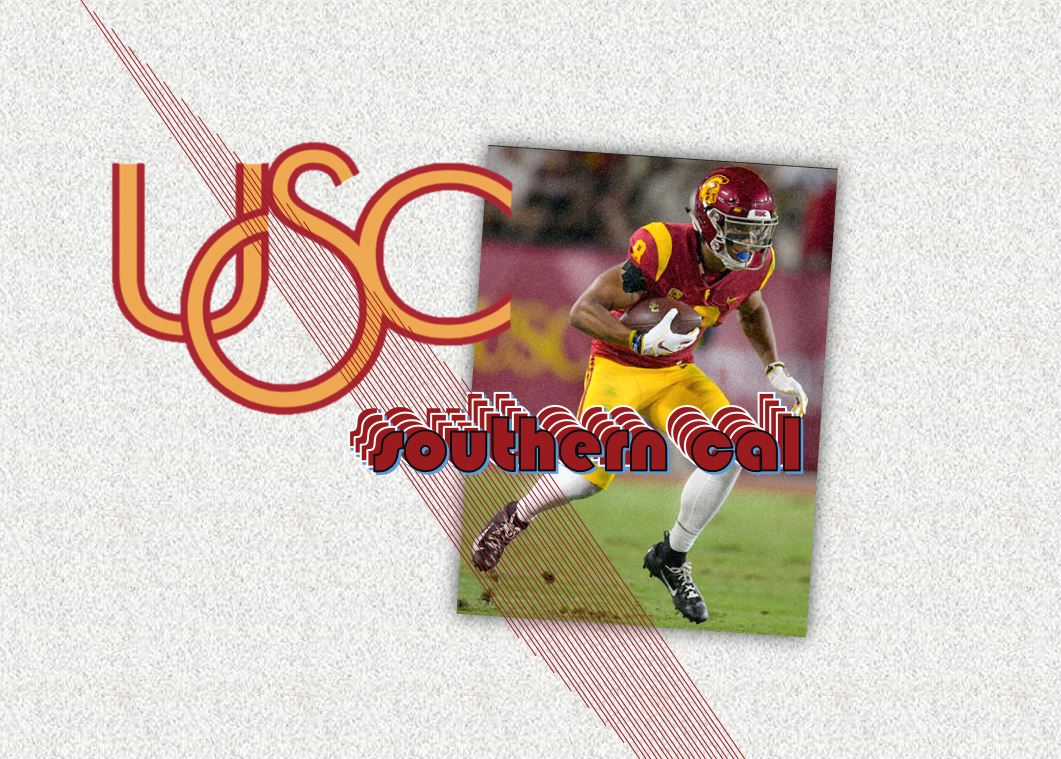 College football’s best intersectional rivalry kicks off for the 91st time on Saturday night, and the most tantalizing two-game run of the 2019 schedule arrives.

as punishment, the townspeople force me to wear a prominent, scarlet letter "A", which stands for "a big piece of shit who loves crime"

The University of Southern California Trojans of late are nothing if not weird (we’ll try and stick to just football stuff). Five games into the season, Clay Helton has done just enough to hang onto his job, with two notable home wins over Stanford and Utah and two road losses to BYU and Washington. The Irish have a chance hasten the end of the Helton era on Saturday — as much as we might not want to — with Trojan fans openly debating whether they want to win or not (NDNation would be proud). If we learned anything from last year, it’s that the guys actually lining up to play certainly aren’t thinking the same way.

The USC offense has, by necessity, relied on a “next man in” approach at quarterback this season, having lost incumbent starter JT Daniels for the year and backup Kedon Slovis for two games. To new offensive coordinator Graham Harrell’s credit, it’s mostly worked, even as Slovis and former third-stringer Matt Fink have shown their inexperience with four interceptions each. Making life much easier for whatever quarterback happens to be running the offense is the receiving trio of Michael Pittman Jr., Tyler Vaughns, and Amon-Ra St. Brown.

They’re the crux of what is unquestionably one of, if not the, best receiving corps in the country — on average, those three alone are accounting for 18 catches, 231 yards, and 2 touchdowns per game. Last year against the Irish, they were even better, combining for 29 catches, 305 yards, and one score. The ground game features another talented, if less prolific, trio of Vavae Malepeai, Stephen Carr, and former ND commit Markese Stepp. Obviously, any offense that’s top 20 in the SP+ after rotating in three signal callers in five games is worth worrying about, so what are you waiting for, get worried already, you’re a Notre Dame fan!

Brian Kelly recently claimed that this defense is “probably the best defense we’ve faced from the USC Trojans since maybe I’ve been here,” which is a curious claim to make about a unit ranked 51st in SP+. Maybe it’s just coachspeak, maybe it goes to show how little he respected past Southern Cal defenses, but the athletes are undeniably there (aren’t they always). They’re led by standout safety Talanoa Hufanga, who’s been banged up but is expected to play Saturday. To date, they’ve given up 25 points a game against decent competition, and are a bit tough to get a read on, but it’s not like things will be easy for the Irish offense.

Most Irish fans are probably more familiar with Amon-Ra St. Brown by virtue of his familiar last name, but he’s been a bit banged up this year, and Pittman has been the one to really shine. And he’s talking shit! This rivalry could use a little more back and forth, I’m all for it. The senior captain hasn’t been quite as explosive as he was in 2018 (YPC is down by 4.2), but he only needs six catches and two scores to match his prior year totals, so suffice to say he’s no less dangerous. He’s already erupted for 10 catches and 232 yards against a good Utah defense. Troy Pride and the Irish secondary have their work cut out for them.

A Few Things I Hate About You

Finally, a repeat opponent and a chance to phone it in. Check out last year’s 10 Things I Hate About You. It’s all still true, even the part about the newly-“renovated” Coliseum being a terrible place to watch a football game.

Kedon Slovis will start after missing the greater part of two games with a concussion, which bodes well for their air raid attack. Notre Dame’s dime defense is uniquely talented but vulnerable after losing Daelin Hayes and Shaun Crawford. As good as Jeremiah Owusu-Koramoah has been at rover, a hybrid player manning the nickel is more than a little frightening against these receivers. As is the case every game, but especially this one, the Irish rush has to get home or risk being picked apart by the Trojans’ efficient passing game — surely we all remember how easy Daniels and co. made it look in the first half just a season ago. Harrell will probably look to take more shots over the top, especially after the short passing game was largely ineffective against Washington. Alohi Gilman, Jalen Elliott, and Kyle Hamilton will all have to be sharp helping JOK and the corners over the top (and why wouldn’t they be, in this all-important rivalry game).

Chip Long should definitely look to keep the ground game rolling against this defense, especially with the probable return of Jafar Armstrong — they’re 93rd nationally in rushing yards allowed per game, and are giving up a not-so-great 4.51 YPC. Ian Book’s confidence level should be high, especially as he faces a defensive structure he’s faced (and improved against, in-game) before. If Chris Finke has a breakout game in him, I’d sure love it to be this one, given his recent history of dominating the Trojan secondary. Regardless, the Irish offense should finally be at something resembling full strength with Armstrong, Michael Young, Lawrence Keys, and Cole Kmet all back in the fold. If Kmet can get rolling like he did against Georgia, we’re golden.

Given ND’s current scary cornerback depth, there’s really no way around at least one wideout having a big game, but that storm can be weathered. Notre Dame has been far more careful with the football (but don’t be afraid to go deep, Ian!), and USC has been hobbled by slow starts offensively, averaging only 7.6 points in the first quarter, giving the Irish an opportunity to set the tone and jump out to a healthy lead. An early Trojan turnover and Irish score could have the home team smelling blood in the water.

If there’s one area where Notre Dame has a clear advantage, it’s intangibles. South Bend on Saturday is going to be a delight, and by that, I mean that it’s going to be 40-something and rainy — not exactly Angeleno-friendly weather (let’s hope the crowd embraces this ~football weather~ and is up to the task at hand). Additionally, the Trojans are 2-6 in their last eight road matchups. Is this the environment where Clay Helton inspires the team to overcome their road woes? I don’t think so. The Irish have won two in a row in the series, and three of four, and should keep that positive momentum rolling barring anything very silly. ND picks up their third straight win versus the Trojans, 31-20.

It feels nearly impossible to pick from the approximately one million famous artists from the greater Los Angeles area, so I’ll just go with my current favorite songwriter in the world.