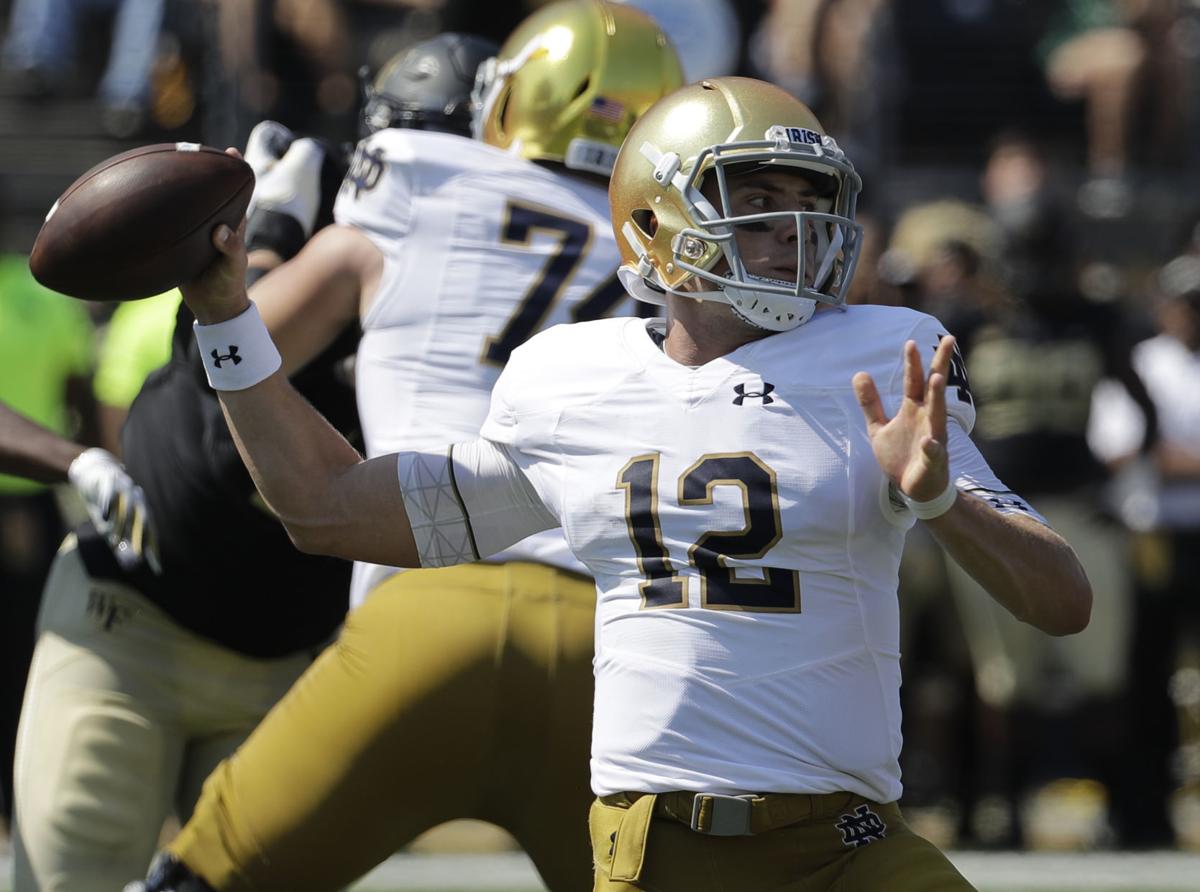 Not that these Irish really ever “left” (read: lost). But the version that might just be good enough to sneak into the CFB playoff is back. Obviously, a win is a win is a win is a win. But after the week one euphoria, home victories over Ball State and Vanderbilt felt like half measures — enough to keep hope alive while doing nothing to quell the feeling that sooner rather than later, we wouldn’t be good enough, regardless of opponent quality. When all is said and done, no one will be surprised if this team doesn’t run the table. But, for now, it feels like the Irish recaptured a sense of possibility that had abruptly gone missing after a perfect start to the season.

Of course, we’ll have a better read on this squad’s true ceiling a week from today, after a primetime matchup with a fellow top 10 foe. Wake was, wrongly, a sexy upset pick among the national media, if only for our recent struggles in putting points on the board. And Ian Book scoring a bunch and stunting on a bad defense does not mean he’s suddenly The Chosen One. But it does mean he’s the starter, and it might mean that our ceiling (gasp!) might have actually been bumped a few feet higher. For all the talk of Wimbush/Book and floor/ceiling, the fact is that if you play a better quarterback, your football team will be better. I do think that the fanbase may have been a little generous regarding Book’s supposed high floor — in limited time last year, he turned the ball over a lot! — but my main concern, his propensity for giving the ball to the other team, was never in question yesterday.

There were so many individual bright spots outside of Book that it would be hard to mention them all in one post. Jafar Armstrong averaged over 12 yards a carry. After an early fumble, Michael Young responded with the most explosive play by an Irish wideout this season. Chris Finke also got over a case of slippery gloves with another huge punt return. Julian Okwara may have played his best game in an Irish uniform (3.5 TFL!), leading the pummeling of poor Sam Hartman, who straight up did not want to play quarterback anymore after a few quarters. Speaking of best individual performances, we probably got those from Avery Davis and Alize Mack as well.

Both the secondary and coverage units locked down on scary man Greg Dortch, who made absolutely no impact in the return game and had under 60 yards receiving. Alohi Gilman led the team in tackles, Drue Tranquill was still absolutely everywhere, Justin Yoon…didn’t need to kick any field goals! Quarterback is obviously the story, but it cannot be emphasized enough that the Irish dominated in every facet. Kudos to the coaching staff for quality preparation and execution in the face of a QB controversy.

And now Stanford looms, still undefeated after Oregon gifted them a win. The implications for this matchup are obvious, and I’m already way too nervous for my own good. But after a performance like this one, maybe I shouldn’t be.