As a measure of common sense, Notre Dame football and alcoholic beverages go hand in hand – just check ND Twitter on a fall Saturday. The fact that this Irish team, contingent on several significant asterisks, could very well be good enough to compete for a playoff spot (don’t ask me, ask ESPN’s math) doesn’t change that. So, for our 2018 season preview, we aren’t doing opponent deep dives, or positional breakdowns, or anything that would require an above-average IQ. Instead, we’re playing to our strengths with a primer on how sober/buzzed/pantsless Irish fans should be for each game. Because who among us hasn’t slapped a bag of Franzia while outlined against a blue-gray October sky? 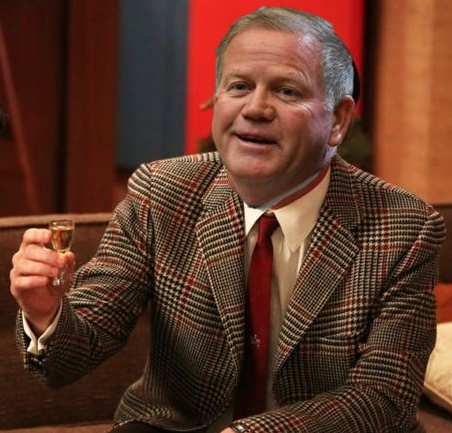 It’s always nice to get a dose of ESS-EEE-SEE football in South Bend, although this year’s variety is obviously less threatening than 2017’s red invasion. The Commodores can put up points, but have to contend with a ton of departing defensive talent, providing Brandon Wimbush and the offense with a nice opportunity to keep tuning up before the tougher middle third of the schedule. Sip on some Tennessee whiskey and hope the defense contains Vandy’s playmakers enough to keep this one a low-stress affair.

The bad news is that the Demon Deacons torched the Irish defense last year, even in a losing effort. The good news is that QB John Wolford, leader of said torching, is gone. Additionally, Wolford’s former backup, Kendall Hinton, is suspended for the first three games of the season, meaning that this matchup will be his first game back as a starter, barring an early-season breakout from a young buck. And Notre Dame has never, ever been victimized by an inexperienced QB for no good reason before. Hmm. If last year’s matchup is any indication, we should be able to sit back and coast off the buzz of sweet, sweet points.

Did you know that Northwestern is CHICAGO’S COLLEGE FOOTBALL TEAM? I didn’t, and most of the time I don’t, until I visit Chicago and see billboard upon billboard telling me that this is fact, while the city responds with a collective shrug. Anyways. Northwestern won ten games last year, and they should be fine. A contingent of ND fans have been chattering for a while about how Pat Fitzgerald could be the university’s next head football coach. The Wildcats have beaten the Irish in the last two matchups, which sucks a whole lot. This one could skew closer to the Nervous Drinking side of the spectrum, but you Chicagoans should avoid any and all Malort shots to ensure a pleasant purple line ride back into the city, hopefully for a nice steak dinner afterwards. (FYI, that was an NDNation dig. Our first one!)

The Orange are a bit of a scary squad, best exemplified by their upset of Clemson last year. And I’m preemptively annoyed about this one because we voluntarily gave up a home game to travel to Syracuse’s home state and play in a baseball stadium in November. Playing in Fenway and calling it a home game against Boston College was a hilarious troll job, but our recent November scaries are giving me pause here … or at least they were, until I read that in the past two years under Dino Babers, Cuse has 0 (zero) wins in November. Woof. 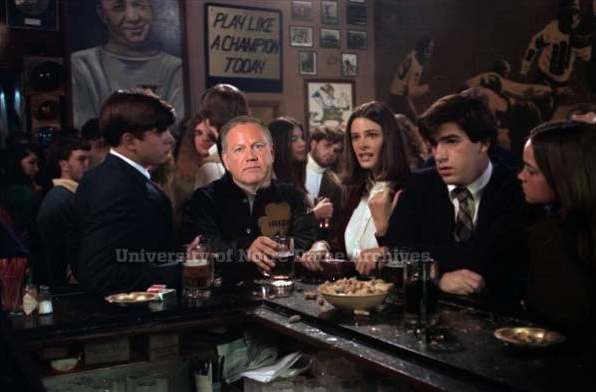 The Ball State of 2017 was not great, Bob! The whole team got hurt and they won two games and everything was pretty much a disaster. A return to the mean is in order, but the mean at Ball State should not be enough to seriously challenge Notre Dame. Haha hoooooooo boy I’m really setting myself up for embarrassment when they end up ahead by a touchdown at the half. Screw it SEND POST! This game is level two because we’ll either be riding the godlike high that is sending Michigan back to their skunkhole with an L or living in hell on earth, either of which will naturally lead to drinking. Hopefully this game is breezy and boring and full of plenty of light beers and we can all have a Kathy Day. Love ya.

Remember when Notre Dame would beat Stanford on occasion? Jesus. It’s been years. This team *still* features Bryce Love, and even though the Irish did a decent enough job containing him last year, they’re scary by default. (Bonus content, go read the dumbest CFB writing of the year so far here). These games are always back and forth —dating back to the 2012 thriller and not including last year’s wheels falling off, the average margin of victory is a tick above five points. We’re long overdue to wipe the smug grin off David Shaw’s face, and for now I’m optimistic this is our year — but come gameday, liquid confidence will be required.

Around the end of last season, I circled this game as a really frightening future matchup. After deer-in-the-headlights performances at Miami and Stanford, how would Wimbush deal with Blacksburg, maybe during another nationally-televised primetime game? It’s still a big enough clash that several whiskey cokes are recommended, but the offseason has been especially unkind to the Hokies (we Irish fans clearly can’t relate). Injuries, dismissals, academic issues, a coach resigning after using recruiting trips to cheat on his wife – it was straight out of South Bend (maybe not that last one). However, we can assume that by early October those issues will be more or less in the rearview mirror. This is still a capital-T Test for the Irish, and probably your liver.

Okay so here’s the thing about this one: I have no idea. The Noles lost six games last year, Jimbo Fisher’s gone from Tallahassee a lot earlier than expected, and the starting QB isn’t set. What we do know is that both of those quarterbacks could be very good, Jimbo’s replacement Willie Taggart is a solid coach, and this season probably won’t resemble last year’s. We also know that if there is a god and the universe is just, Notre Dame will exact revenge for the absolute fucking travesty that went down in 2014. It’s about time we get a chance to restore balance. Stay cozy and spike some warm apple cider with Fireball – you’ll feel just as bundled up as the Seminole players braving the South Bend November evening for a few hours!

Fun fact about this picture – our own Liam Madden is directly under the QTR 4, filming the victory and thinking about what his next blog post should be.

As addressed twice in our first post, things get weird when the Irish play Pitt. This one lands firmly in the drunkest category despite an S&P-projected 5.3 wins for the Panthers. The Irish managed a double digit win in the 2015 matchup, but the previous six were all decided by a one-score margin. These type of contests are the norm for the Panthers, who tend to play to the level of their opponent, be that Youngstown State or Clemson. And it’s hard not to hate the schedule placement here – it follows huge matchups vs. Stanford and at Virginia Tech, while the looming bye weeks beckons. Scores of Yuenglings are in order.

Thankfully, the aforementioned bye week falls right before the Irish travel to San Diego to take on the Midshipmen. Clark Lea, in his first year heading up the effort to stop Navy’s potent triple option, surely rejoices. Navy’s offense features not one but two 1,000 yard rushers at the quarterback position, which, hahahaha sure, it’s Navy. They barely squeaked past the .500 mark last year, but a rebound wouldn’t be a surprise. Regardless of how the rest of the season goes, we all know Notre Dame-Navy is a trip, so liquor up.

This placement is more about recent road experiences than how I think this year’s game will go – 2014 and 2016 at the House That OJ Built were altogether horrendous, and did not merit much attention to the competition at hand. Possessing tremendous foresight (this is why they make you take the semester-long course in the college of business), I realized this would be the case and promptly got hammered before each game. 2012 was a lot more fun!

Coming off the transcendence that was 49-14 (it’s been a great year to be an LA resident), I certainly don’t expect a blowout in favor of the Trojans, but it can’t hurt to be cautious. SC has loads of talent (duh), a good coach in Clay Helton, and a logjam at the quarterback position – sounds a lot like FSU. They may not be great, but they will certainly be good, with potential for more. Here’s hoping we get to be truly nervous for this one, in a way we haven’t experienced since that goal line stand six years ago.