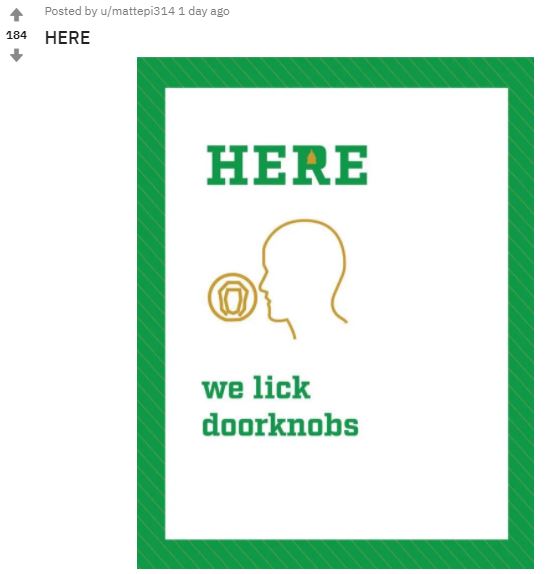 The University of Notre Dame, in this current moment, is morally compromised. It pains me to say so. But the student body, stakeholders on campus, and the broader South Bend community deserve much better than this half-hearted reopening defined by misdirection and evasion of responsibility.

By all accounts, the football team has set the national standard in terms of its Covid-19 response. That’s great. All coaches and university staff involved should be commended for their commitment to protocols that clearly work (albeit under exceptional, bubble-like circumstances), and the players have clearly been disciplined and are holding each other accountable. It’s not hard to understand why they would so passionately advocate for a season to be played — they’ve put in the work to more or less eliminate intra-squad spread and, in a binary world, deserve to have that effort rewarded. The problem is, of course, that it’s impossible to trust that each of their prospective opponents are so well-intentioned (even in a *gasp* conference setting!). The evidence is to the contrary — response is frequently lackluster at best and downright reprehensible at worst:

The ACC can be as stubborn as it wants and continue to thumb its nose at medical consensus, but eventually this kind of behavior will catch up with the rest of the conference. Your own team’s health is only as good as the most unbothered, least careful opposing player that you come into contact with. The season will end itself, although we should simply take matters into our own hands. But, so far, Notre Dame’s failures aren’t specific to its football team, which it can point to as a success story (although nine players were absent from fall practice number one due to positive tests and corresponding contact tracing). It’s much worse than that.

If the university were as committed to this kind of proactive response with the rest of the university population, we might not be having this conversation. The communications department talked a big game during the phased reopening, and I won’t rehash the details here. The desire to return to campus for the fall semester is no surprise — I would venture that most students preferred to do so — but without a massive commitment of resources to regular testing, tracing, etc, it’s a non-starter. It may be a non-starter even with that commitment. But we are not clearing that bar, not even close.

So far, it’s hard to come to any other conclusion than on-campus testing being suppressed. The university has indicated that they will update this (extremely spartan) testing dashboard each day at noon, though that deadline is frequently not kept. I will give you one guess what day the football team was tested. Positivity rate on August 11 & 12 is teetering awfully close to 20% (!), but what I find even more notable is the number of tests provided. 21 on Tuesday? 40 on Wednesday? Sure, it’s just a two day window, but by rough estimation this is maybe — maybe — one half of one percentage point of the Notre Dame community.

I invite you to scroll through r/notredame, where current students are posting their firsthand accounts of the university Covid response (here’s the usual disclaimer about taking what you read on an online forum with a grain of salt, but there is a consistent narrative in these posts of genuine negligence and a true lack of care). One account notes clear symptoms of illness, secondhand contact with an individual who tested positive, and a failed daily health check, resulting in…the university denying them a test?? Because…they live off campus?? This is unambiguously reprehensible, logistically and morally. This is actively causing harm to at least one community member, almost certainly more.

Another post corroborates that the university is “refusing to test off-campus students,” and rightfully criticizes Notre Dame’s instinct to solve (read: sweep aside) the problem with a trite branding exercise. Another backs up the claim that Health Service’s advice to those with active symptoms is often to simply isolate in their dorm, without guidance to their roommates or peers who, you know, walk the same shared halls, use the same shared bathroom, touch the same shared door handles, oh my god this is such a bummer.

Of course, students are obliged to follow set protocols, to not plan or attend inappropriate gatherings, and especially to not go to bars when they are potentially sick. But how much can we expect of college students when this is the example being set by leadership at a prestigious institution? In the midst of a global pandemic, if a school wants to resume any sort of activity even resembling a regular, robust campus life, you go all in with every protocol, or you don’t do it at all. It’s genuinely upsetting that this is not evident to those in charge, and perhaps that’s on me for hoping against hope that there are still grown-ups in the room.

We’re just bloggers. The accounts linked here are unverified (DM’s open tho). But the simple fact that testing protocol is ambiguous and publicly undefined — how it relates to daily health checks, availability to off-campus and asymptomatic students — is completely unacceptable. The situation does not allow for much, if any, fuzziness. As it stands, we don’t have a reason to trust that the well-being of our fellow community members is being acceptably tended to, and I find that hard to swallow.

The current situation is clearly untenable, and those outside the campus sphere are noticing. Genuine improvement may be beyond university leadership, who are largely asleep at the wheel, and have yet to demonstrate the kind of care and dedication necessary to host students on campus. As I am about to hit publish, an open letter from the VP of Student Affairs has started to make the rounds, claiming that the “vast majority” of positive cases came from a single off-campus gathering. True or not (personally I have no qualms calling bullshit), it honestly doesn’t matter. The cat is out of the bag, and there’s no real plan to get it back in. The rest of the letter is the same lip service we’ve already grown accustomed to. Without dramatic steps towards regular rapid-results testing of all community members, instead of the majority of tests going to a group of 100-some individuals, the situation will not improve. The only remaining option is to send everyone home.

3 Replies to “Shut It Down”